I bought my 3DS on launch day, and sadly, while Super Street Fighter 4 and the included apps were neat and kept me busy for a while, I pretty much didn’t use the machine until the eShop launched a couple weeks ago. And now that I have both The Legend of Zelda: Ocarina of Time 3D and Resident Evil: The Mercenaries 3D I see no lack of 3DS usage in my future. Haven’t played Mercs yet, but I have thoughts about Zelda!

Firstly, wow, I don’t think I’ve ever seen a game where the graphics are so… inconsistent. At least where it wasn’t done on purpose. Yeah, the textures are cleaned up, the pre-rendered areas are completely remade, and character models look better, but not all of them! I’d need to stick them side-to-side, but most nameless NPCs still look very N64, and I suspect that maybe the bosses weren’t touched at all aside from a brightened colours? Maybe it’s not so drastic, but you can certainly tell that the game was just touched-up and not truly remade. The game looks spectacular in 3D though! It’s just a shame that you have to keep it at that perfect angle though. Oh well. Glasses-free.

Also, I’m surprised that I immediately took to the tilting mechanic for aiming. I didn’t think I’d use it when I read the reviews, but it just happened instinctively. Of course, doing so with 3D on usually makes a blurry mess because I don’t think to move my entire body in relation to the screen, but whatever. It’s cool, and almost as immersive as aiming bows and hookshots with the Wiimote.

It would seem that I’ve forgotten the locations of several heart pieces and gold skulltulas! This is crazy, because I used to be able to 100% the game without even a glance at a FAQ or map. Old age is starting to catch up with me, I suppose. And was there a stone of agony in the N64 version? I assume it used the rumble pak instead of an onscreen cue, but I don’t remember it at all. Possibly because I never had my rumble pak plugged in. And as I final note, after 13 years I just got the “skulltula” pun (skull + tarantula). Never clicked before. I’m stupid. 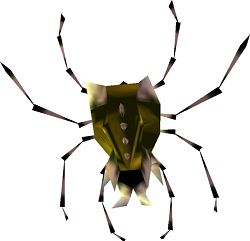